Hey, how about those fainting goats?   Ever thought of them?  Yeah I haven't either.  I didn’t even know they existed until I saw a video and instantly fell in love.
What kind of cute little creatures keep falling down only to rise ten seconds later and take on the world and its problems again.  Are they for real?  I wondered.  With a sensible case of skepticism, concern, and natural curiosity, I started checking them out.

Smaller than the average goat—whatever that means— they plop on their backs and sides whenever they start feeling panicked.
No need for Zoloft or a quick dose of Valium.  Fainting goats do better than that.  They come with all kinds of facial features, but no matter if their ears press up or flop down, they all take a natural break whenever they feel the slightest twinge of pressure.

The slightest twinge.
Wow.  What a convenient way to live.

Without losing consciousness, these guys drop to the ground and instantly remove themselves from the frantic pace of the modern world.  And no one knows why.
Maybe they instinctively create their own tension, like clocking in and out of the job or worrying about picking up their kids on time.
I know employers aren't crazy about them, disapproving of the continual work stoppage while watching their employees rise and fall like a bunch of pogo sticks high on crack cocaine.
But I guess the White House isn't getting any calls, so everyone's cool.

Yet think a moment.   Isn’t this exactly what we all want to do—drop out from the world—from the bullies, from the irate customers,  from the hyperactive kids, if only for a minute, if only for a second or two. 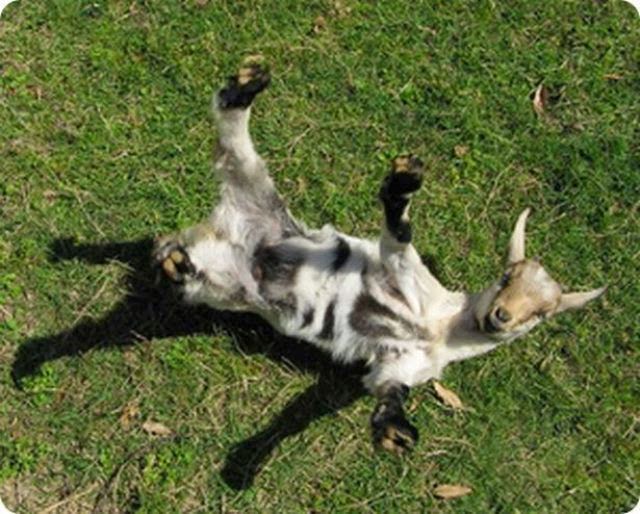 You know, on second thought it's not a bad way to live.   Could even be a dream come true.

Posted by terry neuman at 3:10 PM No comments:

No, No Noro--the Virus, that is

We just got off the Allure of the Seas.  Never heard of it?  It’s the largest passenger vessel floating the waters today, five feet longer than its twin the Oasis--huge like a monster, like Moby Dick on steroids.  Some of the decks were lined with 1600 staterooms.  I finally remembered to carry my water on our way to our cabin from the elevator.  They should consider serving snacks, i.e., after my four course dinner, chocolate cupcake, and visit to the candy store.  But I digress.


﻿
In the months before leaving home, I had never glanced at a picture of  the boat.  Or of anything on it--not the sleeping quarters, swimming pool, basketball court, theatres, comedy club, ice rink, carousel, or the miniature Central Park they built along deck eight.   Who gets wound up with petty details if you're about to meet your demise?


Christ, I was paying for a trip in the land of noro-virus, a perfect setup to catch the ultra-contagious illness where your insides spew from every available portal.
So why was I going?   Because my husband was having a small family reunion—five couples attending, one cousin from each pairing, looking forward to reconnecting after many years apart.


Fun for them, I thought, but death was my only reward.  I was certain I wouldn't survive, so I studied the odds.  Out of 23 million traveling by ship each year, only 2,300 get sick.  Only?   Still, another Royal Caribbean had been hit two weeks earlier, and a few days later one of the Princess ships.  Who knew that a Princess carried germs?


I was stuck, so I planned my inevitable demise, praying that the captain would quote something inspirational before dumping me over the sides.


Maybe the two of us should have a little talk, I thought, making my way up the gangway to join the masses ahead.  Probably a few thousand others on this ship when I quickly learned there were 6,000 passengers and 3,000 crew.


My husband and I somehow ended up on Deck 5, the busy and decorative Royal Promenade.  Lined with shops and restaurants with special sales tables smashed in the middle, the place was more crowded than Macy’s the day before Christmas.  And suddenly there was tons to do, and I wasn’t going to miss a thing.  Bob's cousins joined us, and they ended up wonderful.  They were smart, funny, and told a good story.   And so did their spouses.


Besides, I found a half priced bag at the Guess tables and grabbed up some look-a-like Pandora bracelets.  Funny because I hate Pandora and I’m not too crazy about Guess...


But it’s part of the cruising life, you doubters out there, and I made it home kicking and yakking and complaining nonstop.  Well life doesn’t change, does it?


And I’m grateful for that too.
Posted by terry neuman at 6:53 PM No comments:

When Bill Flanagan from CBS News asked for a glass of water in a restaurant, the waitress answered, ‘no problem.’”   Flanagan fumed and wanted to say, “WHY do YOU think I think it would be a problem for you to get me a glass of water?   [And] why [does] everyone born after 1980 decide that 'no problem' [is] interchangeable with 'You're welcome?'"


I couldn’t agree more.  My fingers begin curling into fists when some young person says "not a problem."  Why can't they just say a simple "yes," or “sure."  Either would suffice.
It seems this generation makes a mountain out of nothing when most of it's a routine answer, just part of their job.

Of course if I happen to fall, and a kind person helps me to my feet, answering “no problem” is appropriate.  But a waitress reciting that phrase after I dropped a fork?   “Didn’t think it was a problem in the first place,” I mumbled, when asking for a clean utensil.
A week later I was pushing my basket through Publix and I turned into soft drinks when I saw that the two-liter bottle of Sprite I needed was on the top shelf.   Barely five, one, I’ve been known to climb sturdy shelves to reach my goals, but I didn’t want to chance it that day.  Besides, there was this great big guy just a few feet away in Pepsi.   "Could you help me?" I asked.
“No problem."


Another problem?  Well not for him.  At least six-five, he could easily lift the bulky bottle the same as I do when reaching for a package of cream cheese from the fridge.
I don't think that the phrase"no problem" will never go away though lately there might be a glimmer of hope.   Something different has been heard, and the young are busy rearranging their brains.  Yes, it's absolutely so.
Absolutely what, you ask?


I spoke to a twentyish guy behind the counter in the paint store last week.   “So you can mix these three colors together?"
“Absolutely.”
“You mean not a problem,” I said.
“Absolutely not a problem.”
“And you can do it while I wait?”
“Absolutely.”
Can I have all your money? I wanted to ask while he was still on a roll but stopped myself in time.  Instead I said, “So this 'no problem' thing has been fading away?”


“What?”
“I mean you'll combine these paints in a minute?"
“Absolutely,” he repeated.

I could feel my fingers beginning to move.  Yes, they started to wrap around, grow tighter, and finally curl.  I can swear on it.  Absolutely.


Posted by terry neuman at 6:39 PM No comments: