The nonsense, the negativity, the nincompoops.

Okay, the blasphemies, the bitches, the bums.   Where the hell is Tuesday already?  Watching the ads, I feel like a drowning sailer stuck on a sinking ship.  The water's rising, I'm choking, and there's no escape hatch in sight.

Columnist George Will claims that Alan Grayson is the worst politician in the United States.   He calls him the smarmiest, which means deceiving, untrustworthy, a man with no principles.  Not quite, but I do think Grayson's got more than a few whacko genes.

In one ad Grayson calls his opponent Daniel Webster, “Taliban Dan,” and in another accuses him of draft dodging.  Of course that's insane.  Webster didn’t commit either of those crimes, but Webster also doesn’t believe in abortion, even as a result of incest or violent crime, and that is a problem with him, or at least for me.

Grayson certainly could’ve handled the information in a clean orderly fashion.  Instead, he accused Webster as some kind of radical hysteric and even compared him unfavorably to his namesake, Daniel Webster (they’re not related), who composed the Missouri Compromise in 1850. (That allowed one free state and one slave state to enter the union, but not one without the other).

Suddenly the original Daniel Webster was a Taliban too, or something just as evil?  Is Grayson nuts?

The national media picked up his ads, and the man became a source of derision.  Too bad, because Grayson’s an economist and offers intelligent answers when asked about policy and solutions to contemporary problems.

In his own ads, Daniel Webster seems like a family man and the picture of success, but I gotta vote for Grayson when it comes to abortion.

You can’t take a woman’s choice away, even if the guy who supports it goes off at the mouth and his campaign style is something out of the Chares Manson book of political strategy.

In the long run Alan Grayson supports and saves a woman's right to choose.

Because if you’re really caught in a true-life nightmare of having the baby of a paranoid schizophrenic—like our old friend Charlie Manson—you wouldn't want Webster as a friend.

Of course that still leaves us with Sharron Angle, Christine O’Donnell, and the other Tea Party morons batting ball with the big guys.

Duh, it wasn’t a good idea?

Countrywide, the entire campaign couldn’t get crazier.   All we need next is a dumb group of burglars botching a break-in to the Watergate complex trying to play a few dirty tricks.

Who will they catch, Palin and her little band of witches?

Tune in. It’s not over till Tuesday.
Posted by terry neuman at 10:40 AM No comments:

Labels: Tuesday can't some too soon

A Couple Goodbye's: The Bling Museum and Beaver's Mother 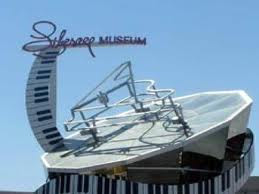 This past Sunday the Liberace Museum in Las Vegas closed its doors.

Displaying the showman’s rare pianos, candelabras, rhinestone studded minks, sequined costumes, and thousands of other unique possessions, the keepers of the two worn and weary warehouses located a couple miles from the glittering strip padlocked its doors due to its aging fan base and poor economy.

The museum was Liberace’s dream to raise scholarship money needed for students in the performing arts.  I visited there about ten years ago and gaped at the man's possessions.  One costume weighed 200 pounds!  Outlandish! Ridiculous!  But I stared.  The place was another Liberace show.

﻿
﻿The performer died in 1987 of AIDS.  He was 67 and wanted to give something back to a world that had been so generous to him.  Raised in dire poverty, he never forgot.  He was that kind of a man. 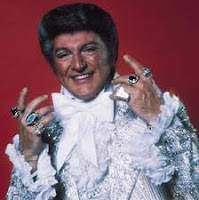 ‘Course growing up, I never thought about that.  When I was a kid I couldn’t stand him.

I didn’t know about gay people back then or maybe I'd have understood.   I just knew he wasn’t cool like Frankie Avalon, Fabian, or Motown, and besides, the old ladies drooled to his music.  That was enough to get me running in the opposite direction.

Whenever he appeared on TV, I groaned and changed the channel, but not before checking out his latest outfit.  One was a mink cape with the fur along the edges cut out like piano keys!

I saw it in the museum.  Years later, it was still something to see.

To date the Liberace Foundation has raised closed to six million dollars to aid struggling performers.    Though the museum is now history, some of the entertainer's possessions will tour the U.S. to continue raising money for this cause.

If it reaches your city, you can view the wardrobe and props of a truly over-the-top entertainer who tried to make a difference.  Liberace, a man with a sparkling soul.

And goodbye to Barbara Billingsley.  Tall, thin, always impeccably dressed in a shirtwaist and double strand of pearls, she was Beaver’s and Wally’s mom, and Ward’s wife.

﻿
﻿ You know I never met a real Ward until this year.  I mean, how many Wards does anybody get to know in a lifetime?

Hey, but that’s another column.
See you next week.
Posted by terry neuman at 8:09 AM No comments: 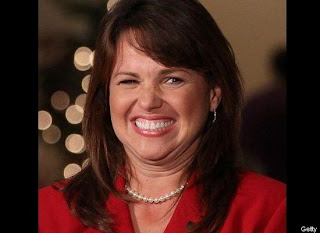 We just returned from a trip to Philly, hugging cousins we hadn’t seen in years and touring a few historical sites.

Considering the craziness going on today—Christine O’Donnell declaring, “I’m not a witch (honey, have you checked the mirror?) and then suggesting that evolution never existed, it was a relief to read the inspirational quotes from Franklin, Jefferson, Hancock, and Adams.

Lately, seeing what's out there, it’s hard to tell the good guys from the bad.

I loved Obama and voted for him.   Yes, he’s made mistakes, but it seems the majority’s giving up on him already.  Have people forgotten he wasn’t in office when the banks fell apart, and he didn’t start the war in Afghanistan?   Still the Republicans are ready to attack before he opens his mouth.  Come on, we're making progress.  Jobs are happening.  We got a health care bill and stem cell research.

Obama's gonna turn out to be the good guy after all.

And how about John McCain?   He used to be a national icon.  Wasn’t he the soul driven maverick fighting for the truth?  But when his senate race became tight, the war hero flipped faster than a cowardly killer surrounded by the feds, and that was after he unlocked Sarah Palin from her cage and set her free.

We traveled to Gettysburg and heard the many stories, saddened 147 years after the fact.  In the three days of fighting from July 1st through 3rd in 1863, there were 51,000 casualties.

Not all the casualties died.  The number also included the wounded—many of whom later succumbed to infection—and those taken prisoners of war.

But were the soldiers from the South truly evil?

Although the North made a big deal of burying their dead in individual graves while the South pushed their heroes into massive pits, several soldiers from the opposite sides got mixed into each.  And when the rains began pounding on the shallow graves, many of the swollen bodies floated above ground, and it became difficult to identify the "good" from the "bad."

But no one had time to care because the second nightmare soon began.

Hordes of parents descended upon the town to find their missing children.  It was often an impossible task.  The battle was fought over 10 square miles, and the injured and dead were everywhere.

Every house and building in this quaint college town of 2,400 became a hospital or hotel, every pasture, a cemetery.  Residents lost their possessions, their homes, their entire livelihoods.  Overnight their farmland became hallowed ground.

Who were the good and the bad?  Parents from both sides broke down together. 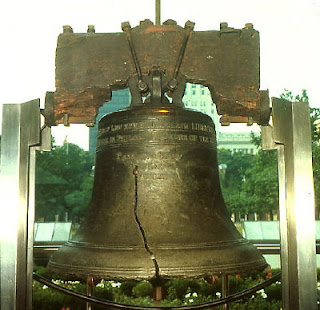 On the way back, we drove through Philadelphia again and peeked at the Liberty Bell.  Still cracked, thank heaven.

Some guys in England did a lousy job casting, and the patriots left it for the world to see.  Over time we’ve come to cherish this failure because it magnifies our imperfections and struggles—all the bad that now represents our good.

Unfortunately, it often takes years to decide which is which.
Let's wait and give Obama a chance.
Posted by terry neuman at 7:02 PM No comments: