Ever drag some clothes into what looks like a vertical coffin outfitted with a fun house mirror lit under a glaring fluorescent bulb?  Suddenly worried about athlete’s foot, you slip on your shoes while trying to figure how the fabric clings against your thighs.

Can’t tell, so you decide not to take it.
Ugly spaces are instant sales killers.
Stores have finally come to realize this while also learning that the more clothes the customers shleps into the dressing room, the longer they'll stay there, and the more they'll buy.
So the stores did their homework and redecorated, adding rugs, chandeliers, relaxing chairs, and heavier doors, allowing the customer a sense of privacy.
According to The Wall Street Journal, 67% of customers who are willing to try on an outfit go through the “conversion” process of buying it.  Only 10% purchase right off-the-rack, and those are mostly men.
Bloomingdales, Anthropologie, Old Navy, Macy’s, all got the message.
They're making changes and leading the rest of the pack.
Some stores have installed phones so that customers can call and ask for another size, and most have installed lighting that resembles a movie set.  It sets the tone, the mood.  Sometimes, too good a mood.
Was I talking too much? I ask myself., carrying out a three-piece outfit.  (Nobody answer that).  Was the saleswoman saying all the right things, or was it my girlfriend, who doesn’t usually accompany me, correct in gushing about the outfit?
You sure it’s me?  I kept asking her.  She kept repeating it was.  Now I was curious, so curious about what was me, I was tempted to banish the saleslady from the room and sit her down for a long talk.
But I didn't.
Instead, I bought the long skirt, the tank, and the cover-up that tied in the front.  Except the perfect skirt pooched in the rear, and I swear I didn’t gain weight or join that tribe in Africa where the women have a shelf on their ass.  But if I don’t peek in a three-way mirror and never twirl again, I won’t see it.
Damn, should’ve taken it back when I could, but ten months later I was still modeling it in the house, trying to get the original feeling back 'cause it looked prettier in that magical room than it ever did when I walked outside those doors.
Posted by terry neuman at 6:20 PM No comments:

How Great Were the Good Old Days?

Every week I get emails about how wonderful the fifties used to be--you know Richie Cunningham’s growing up years--when the world was simpler and people more trusting.
And there’s even nostalgia about the generations before that when people stared you square in the eye and deals were sealed with a handshake.
Of course the sender admits there were drawbacks—the Great Depression and terrible wars, but nobody ever mentions those medical mysteries causing agonizing suffering and pain where only death brings true relief.
It seems everyone was affected:
Charles Darwin (1809-1882) electrified the world with his theory of evolution but suffered from severe stomach pains throughout his life and threw up after almost every meal.  Some physicians thought he was a hypochondriac while other English doctors diagnosed him with lactose intolerance, lead poisoning, gout, and even schizophrenia.
A new interpretation suggests that he had cyclic vomiting syndrome, CVS, that started in childhood, and/ or Chagas disease, a parasitic illness now considered the cause of peptic ulcers.   If only he had known… 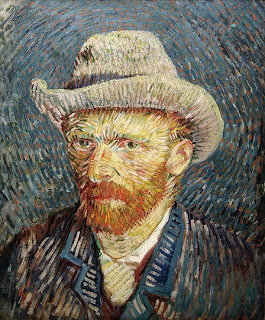 After suffering from severe hallucinations, insomnia, and anxiety, Vincent Van Gogh ( 1853-1890)  killed himself at 37.   Today medical professionals think he either had Meniere’s disease, an inner ear disorder, or agonized with bi-polar disease.
Florence Nightingale (1820-1910), credited with starting modern nursing, was bedridden with depression and other ailments for thirty years of her life.
And there’s others--lots of people that could’ve been helped, like:  Jane Austen, Louisa May Alcott, Alexander the Great, even Lincoln.

And how about the rest of us folks?
Today we’ve learned that cancer is not the automatic killer it once was even in the nineties, and though we’ve been transplanting organs for years, we now use many animal parts and have begun manufacturing body pieces so that in the future the very ill will no longer have to endure the dreaded waiting lists.
We’ve also discovered cell therapy to prevent organ rejection and stem cell research to increase immunity.  And this is only the start of things.
So it’s a trade-off.   Would we want to go back to the Richie Cunningham days and suffer the mysterious life-threatening illnesses or grab the modern amenities like computers and state-of-the-art health care and accept the messed up world as is?
The emails keep saying the fifties are the best.
Sure, I know we don’t have a time machine, but if we played this game, what would people choose?
Let's pretend someone’s deathly ill but can be made whole again in a hospital a few miles away.   If given the choice, would he choose to go back to the fabulous bobby-sock generation or lose sleep over el qaeda?
Yeah, that’s what I thought.
So keep those emails coming.  And I wish you a speedy recovery.
Posted by terry neuman at 5:59 PM No comments:

Labels: How Great were the old days

Wellington R. Burt, a wealthy Michigan magnate, died in 1919.
Making his fortune in lumber and iron mines, he was one of the richest men in America, but wrangled with his children and with the exception of his oldest son, basically cut his immediate family and grandchildren from his will.
He left his first born $30,000 a year but his other five children only received $1,000 to $5,000, about the same amount he left to his servants and secretaries.
The man was angry, vengeful, and punished those closest to him for almost a hundred years.  You see Burt craftily set up his estate with an unusual stipulation:  The bulk of his fortune would remain frozen until 21 years after the death of the last grandchild born during his lifetime.
That grandchild, a woman, died in 1989, and the estate, now valued at over a $100 million, will finally be opened at the end of this month—92 years after the old man’s death.
In the meantime, the robber baron’s six children, seven grandchildren, six great-grandchildren, and 11 great-great grandchildren all missed the inheritance because they died before the estate was set to take effect.
All because of a family fight.


Must’ve been quite a shouting match though nobody for the life of them remembers what it was about.
But you can’t say his relatives stopped trying to break it.  The trust has been broken twice with $700,000 payouts for each, and every generation has made it a tradition to fight it again.
Today twelve people, ages ranging from 19 to ninety-four, will finally split the goods.
At nineteen Christina Cameron, is the youngest and will receive one of the smallest settlements of 2.6  to 2.9 million.  She said the fortune’s taken its toll on their family.  Her mother and grandfather died in the last two years before they were able to make a claim for their share.  “I think all of this is happening…made this seem like a curse.  ...I’d rather not rely on it…  I’d rather just save it…  It’s just not as big of a deal to me as it was to most of my family.”
Judge Patrick McGraw says it's been lore around the courthouse for years, and it's the largest case of its kind he's ever handled.

Well it got me to thinking.
I'm sure glad I wasn't that last granddaughter.  Imagine.  The moment the will was read, the family began waiting for her to die.  And then those interminable 21 years…
You want to believe that the rest of the relatives accepted their fate, gathering the reins, and galloping into the world.  But I bet more than a few of those lovelies faltered, cursing the day they were born, and doing nothing while damning their lot in life.
What a waste.  What a shame.  And that’s worse than losing the many bucks of Wellington Burt.
Posted by terry neuman at 5:35 PM No comments:

Bin Laden and the Comedians

Conan O’Brien said, "his death interrupted The Celebrity Apprentice, which begs the question, ‘How do we kill bin Laden again next Sunday?’"

Nothing's ever enough.  We're always looking for something more.  Some wonderful complicated story happens where every morsel and nuance is absorbed and evaluated by analysts, normal people, nuts, friends, enemies, and finally, the funnymen.
Yes, we listen, but then we can't wait to hear what else.  What do those late night funnymen have to say?
After hearing the details, I walked around thinking how Osama bin Laden could hide in that upscale neighborhood where all the other homes were pretty much the same size while his was about eight times bigger than the rest and covered in barbed wire.  And no one noticed?  Jon Stewart asked the same question out loud and wondered why the Pakistani guard didn’t look suspicious.  Come on, the whole world knew by now that their equivalence to West Point was a mere half mile away.
“Let me put it in New York terms," {Stewart said.]  "Bin Laden was on 21st and 7th Avenue—they were on 21st and 9th Avenue.  If the Pakistani military academy were Dominoes, they would have been delivered to Bin Laden on foot.”
And Bin Laden’s happy family was the only ones burning garbage.  They were the only ones who paid the neighborhood children who lost their soccer balls when they flew over their fence, instead of just returning the ball.  “Stewart joked [that the guard] wouldn’t have caught him even if he paid them with a personal check.”
David Letterman announced that after {Osama's} death they found a clerical error.  They sent bin Laden to the afterlife with “72 Vegans.”
His TOP TEN LIST was Osama’s possible last words.  One of them was:  “I need a house full of Navy Seals like a need a hole in the head.”
Jay Leno said that to make certain the body was really bin Laden’s, Maury Povich had conducted the DNA testing.
Craig Ferguson added.  “Bin Laden is dead, and Trump wants to see his death certificate.”
The story will continue while the rest of us anxiously wait for the rest.  There were families involved, children, and the most evil man alive was murdered.
Yeah, we got other nasty ones, but this guy was the biggy, and I picture him skimming the ocean floor in his body bag.
Was it Letterman talking about the climbing prices of gold and then suddenly switched to another commodity.
“Bin Laden’s got some interest in lead,” he said.
Yes, he does.  For eternity.
Posted by terry neuman at 12:44 PM No comments:

Labels: bin Laden and the Funnymen

BIN LADEN DEAD--And A VERY GOOD DAY FOR US 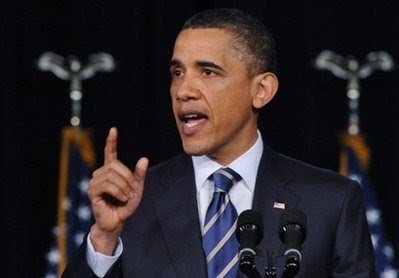 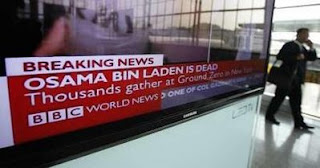