Oregon: Dazzling Thru the Drizzle

We just came back from the Northwest and it’s got to be the greenest land I’ve ever seen.  Loaded with trees that grace the mountains between the waterfalls of the Columbia River Gorge and line the rocky edges of the Pacific, you stare up at the coral- orangey sunsets and breathe its magnificence.


Ah, but there’s a catch.  It rains a bit.  It stops, but ten minutes later, it rains again.   And when the sun sneaks through, everyone grins.
Did I tell you we saw a whale in Depoe Bay, the whale watching capital of the world?   Her name is Proxy, and she just swam to Oregon from Mexico this year.  Well they all come from Mexico, where they starve half the year and then make their way up to Alaska.  Except a few of them stop short of their goal and decide to call Oregon home.  (Their mothers must’ve taught them about detours).  And eighteen are lounging here for the summer.
We finally found Proxy and then waited for her to blow water through its blowhole and flick her tale in the air.  Proxy flicked us off four times!
We actually had a PhD of whales heading our six person excursion, who took along one of her interns, an adorable little blonde in her twenties.  At the end of the excitement, the intern breathed, “If I don’t live another day, this will be enough.”
I thought, Oh Pul-eeze.  Is this what you call a life?  And by the way, if your mother was here, she’d smear on some sunscreen.  Better watch it or you’re going to look like the Sun Maid Raisin Lady by the time you’re thirty.
But I didn’t say nada.  Unlike the usual me, the natural, chatty, always in the know.  (Notice, I didn’t say know-it-all), I was unusually polite, and kept quiet.
After the coast, we raced to Klamath Falls, but turns out the falls disappeared years ago.  With all the previous construction, the water had dried to a drip.
Leaving early the next morning, we drove to Crater Lake—the deepest fresh water lake in our country—one section measuring 6700 feet—and so blue, it seemed unnatural, like a fiery opal had exploded, spreading its azure body across the water
The day was raining and cold, but that was just fine.  It was sunny and warm the next couple days before we flew home to Orlando into a wall of heat, and my hair’s as frizzy here as it was in the Northwest.
Except it’s lots more comfortable and gorgeous in the Northwest, but of course there's less sun and more rain.  Would I trade it over the heat and unbearable humidity in Florida?
I’ll let you know after my nap in my perfectly regulated a/c home.
So until then...
Posted by terry neuman at 9:17 AM No comments:

Labels: Oregon: Dazzling thru the Drizzle

Farewell to the Shuttle and Broken Windows 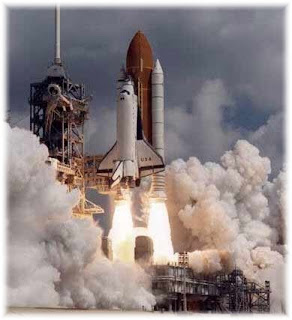 Friday morning at 11:26  the last space shuttle fired off into space.  The end.  After all these years.  And if it lands back near Cape Canaveral, and is not diverted to Patrick’s Air Force Base, it is sure to crash the sound barrier, rumbling through our house, rattling our chandeliers, and ripping the seals on our windows.
Oy, our windows.
“Dammit!” my husband yells.  “NASA always costs me a fortune!”
I roll my eyes.  We are once again forced to make another donation to the space program.  Yet, even Friday my husband was nostalgic about the shuttle while the window repairman mourned the loss of his future business.
For those who don't know, we live in Orlando, an hour from Kennedy Space Center, and thankfully get a pretty good view of the launches from the lake across the street.  I say pretty good ‘cause they’re not perfect, sometimes hiding behind fluffy cumulus clouds.  But at night, oh the night ones, you can see the boosters separating from the shuttles themselves, and the ones we watch on a clear day from Daytona Beach are like looking from our own backyard.
And so many bring back family memories and have become part of our permanent lore.
When my youngest daughter was six, she was trying to find an appropriate outfit to wear for her across-the- street view of the liftoff.   The whole event would last around five minutes, and I said a robe and slippers would suffice.  Not good enough for her.  "Okay," I said.  "A T-shirt and shorts."  She couldn’t decide.  It was a little after eight in the morning, and I told her anything would do.  That sent her into a frenzy and eventually a meltdown—rare for her—and we left her screaming as we flew out the door.

Then there was the Challenger of 1986.
I almost missed looking up in the sky that morning, figuring NASA wouldn’t be stupid enough to launch in freezing weather, but sometimes scientists can’t think like an Iowa farmer.  Who sends one’s pride and joy to heaven on a day that was made for hell?
Years later the Columbia followed, and we mourned that one too.
Yet there was always so much good and so much we learned.
Friday marked the end of a bittersweet chapter, and we wonder how the space program’s gotten so bogged in quicksand, trying to stay afloat and gasping for breath.  It CAN be fixed.  It has to be.
New technology is the only thing that’s going to save us because new inventions develop start-up industries all over the world.  Take the IPOD.  It alone has created over 14,000 jobs in America and 40,000 jobs around the globe.
So who knows what’s in the future?   Maybe NASA will invent a double-paned window that’s guaranteed never to split under pressure of a blasting shuttle bang.  And that’s a guarantee for one very happy man.
Posted by terry neuman at 10:14 AM No comments: 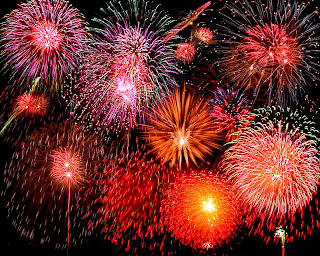 Yes, we still have a helluva country.
Despite the name calling of our president and a congressman uploading photos of his own body parts to young women online, our constitution’s continues to crank out its job.


How do I know?
Because look what happened to Dominique Strauss-Khan.

A few weeks ago every media outlet on earth had already tried and convicted him, but given time, new evidence revealed that his victim was not the lily white flower after all.   Turns out she lied about her past, about coming to this country after escaping gang rape.

She also lied about her encounter with Strauss-Kahn, changing her story numerous times. 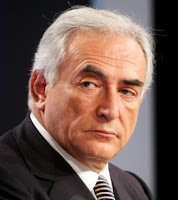 And this "innocent" foreigner had close ties to a drug dealer now serving time for hauling 400 pounds of pot—that's a huge amount--about a dump truck’s worth.  And she called her jailed friend repeatedly.   'Course if one of her phones didn’t work, she could easily pick up another.   This busy little maid owns five.
When the story first broke, the public rushed to judgment—okay, I did too—but thank God we have a constitution that forces us to follow procedures, promising a person his day in court.

And our constitution saved us again.
Sometimes the average person forgets about the document that followed The Declaration of Independence 11 years later.   The words are old and might have faded with time, but we made copies, lots of them, so we’d never forget.
We can’t.
If we do, we’ve lost our country, and everything we've ever built and dreamed.
You see there’s something very significant, even magical about the founding of America.  Amazingly, we had the right people at the right place and time, and the coincidences of flawed human beings coming together and creating greatness--a Jefferson, Franklin, Washington, Madison, and Adams--all in the same room.  It's got to be more than chance.

It's a wonder, that's all I can say.    But getting back to basics.
Everyone knows the Declaration was signed by the members of the Continental Congress on July 2 through the 4th in 1776, but did you also know that Thomas Jefferson— the father of the Declaration—and John Adams, who always stood apart on issues, fought together for the passage of the Declaration and even died on the same day, July 4, 1826, exactly fifty years later?
Adams’ last words in this world were:  “Jefferson lives!”  And by chance, Jefferson lingered a few hours longer.
Here’s one more coincidence.
James Monroe, our fifth president, but younger than Adams and Jefferson, also died on July 4th but in 1831.
That’s our second, third, and fifth presidents passing on the same day.
So let’s take a moment to remember.  And happy fireworks to all.
Posted by terry neuman at 5:59 PM No comments: