Did you know there’s a bunch of new exotics at the London Zoo,  donning earphones, masks and makeup, and dancing around the walkways?  They wiggle to a beat only the wearer can hear.

What’s this?   A silent disco, and the craze is spreading.

It started at European music festivals after rock bands magnified the decibels a hundred fold.  The tunes became overpowering, deafening, mutating into nothing but unadulterated noise.
That’s when someone came up with a whole new idea.


What if people rocked to the band’s music, or even their own choice of tunes that poured from individual earphones?  Outside there’d be no sounds at all.

The idea swept the U.K.—and caught on at the London Zoo.  Desperate to fund raise without disturbing the animals, zoo officials decided to try it.   And the crowds swarmed in for more.
During June and July this summer about 6,000 people visited each week.  Paying sixteen to forty bucks a ticket, the party goers jammed through the park, joining the best of both worlds.   And it was easy to do.
Upon entering the caged areas, each participant was handed a set of earphones with a couple of choices—classic rock like Motown or one of the newer stuff.  After making their selection, they started to stroll, many role-playing the behavior of the animals themselves.   Of course the beasts were the biggest hit of all, i.e. before their 9:30 bedtime, while the zoo became flushed with funds for its conservation efforts.

What an idea, I thought.   Why not try it on other venues?   How about weddings where the message is always redundant?  Do you Roger Dumstead take Dena Donutmaker to be your lawfully wedded wife?  If you think she'll say no, listen on.  If not, get some other words of wisdom into your head or catch the top twenty tunes. 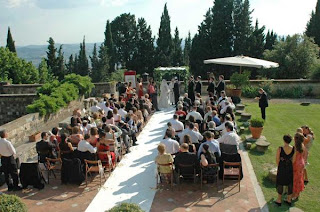 Ever consider funerals?  Some are sad and the rest are phony.  I mean when did anyone ever tell the truth about crooks in their coffins or unloving mothers?  The eulogy might instruct us that arsonists are friendly and organize picnics, but we never hear the part about them setting fire to the trees.   And negligent mothers produce screwed up kids, who overdose while searching for a substitute.  Did anyone ever pronounce blame to the body of an uncaring bitch?

But today we got a solution, something to alleviate the boredom and cover the lies.   How about a little Rod Stewart, Carrie Underwood, or Plain White T’s?

And let the silence keep streaming.   If nothing else, more baby boomers will pass their hearing tests.

Posted by terry neuman at 6:22 PM No comments:

The Action While I Was Sleeping--Oh boy...

The Action While I was Sleeping
(It's not what you think...)

Last weekend we had a terrific time at a scenic wedding in Connecticut.   Actually, there were seven wedding parties staying at the Marriott in Connecticut, and my husband and I were assigned to the fourth floor.
Our room was surrounded by very drunk and rowdy guests from one of the other weddings, and by midnight, the idiots were still yelling in the hall.  I told them to quiet down, but they barely heard me.  I finally called security, who emptied the area.


Or some of it.
One couple across the hall barely shut their door when the man started screaming.  A half hour passed, then an hour.   Listening from bed—the doors were paper-thin—I couldn’t imagine what was going on.  I checked the peephole.  Their door was shut, but the screaming…  Christ.  My husband kept telling me to go back to bed. 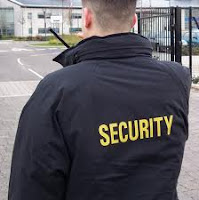 I called the front desk again, and a hefty guy pounded on their door, quieting the jerk.  After the guard left, the ranting continued. This time I heard a woman screaming in the background.

“He sounds like Hitler!” I yelled into the phone.  Security raced to their door.  The shouting ended, and we caught a few hours of sleep.

The next morning we complained to the front desk and they promptly comped our breakfast.  We told the groom’s father, who found the manager, and she promised to keep things under control.
Security did better AND worse.

Apparently they were waiting for the drunks to arrive and scatter to their rooms.   But no sooner had this guy slammed his door when the ranting started—and the beating began.   Screeching, pleading, the woman was begging for her life.
“Where the hell is security!” I yelled to my husband when a crowd of muscular men pounded into the hall and almost broke down the door.   Jumping from bed, I smashed my body against the peephole, dying to crack the door open.


“Don’t you dare,” my husband said.
Damn, I thought, keeping an eye on the peephole.
Security coaxed the maniac into the hall.  He was fortyish, slightly built, and jumpy. “I can’t believe she  f-----g doesn’t love me,” he kept repeating.

Take the hint, buddy, I wanted to say.
She cried in the hall, “He could’ve hurt me!”

Well duh.  After yesterday, why’d she return for a second round?  And why did the hotel allow them to stay another night?

The other dumb decision was to haul the guy away and then bring him back an hour later.  He was screaming again, and I know everyone was up and listening.

Yes, we got our room comped, along with our breakfast, and our first born grandchild can stay free at any Marriott  for the rest of his life.  (Just kidding).
“I saved a woman’s life last night,” I told my friends.
“Not really,” someone said.  “She’ll probably go back to him until he finishes her off for good.”
Jesus.
With relief we checked out, praising our dull and very boring existence.

Posted by terry neuman at 7:23 PM No comments: