The Eyeglasses that will Change the World 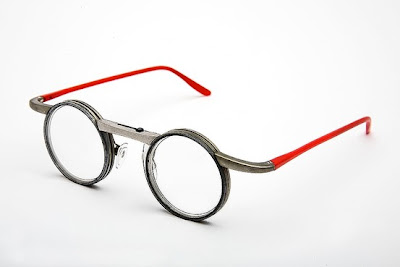 The modern world has already enjoyed the fruits of incredible inventions from the electric light bulb, the air conditioner—thank heaven, or my hair would frizz into the nearest outlet—to the omnipotent computer.  And the technological revolution has never slowed, no matter if the banks are lending or hording reserves in their safes.

And it gets more exciting every day.

This past week the Wall Street Journal awarded prizes to 49 entries in their Technology Innovation Awards contest, and Zoom’s TruFocal eyeglasses came out a top winner.

Eyeglasses, you ask?   We already have millions in the world.   But just as the Swiss produced masses of wind-up watches, the Alps almost fell into the sea when Texas Instruments invented the battery powered time piece, and the world raced for the new ones.

These glasses too, will change everything.  The wearer can not only manually adjust the focus where he or she needs to see something close OR long distance, but can regulate for nearsightedness AND astigmatism.

Did you read that right?

Each TruFocal lens is a pair of two lenses attached to a membrane that contains a clear, silicone-based liquid.  A manual slider on the bridge of the eyeglasses adjusts the focus by changing the shape of the membrane.   Once the lenses are adjusted, the entire field of vision is in focus, the book, the TV, whatever you're looking at.  Everything you need is in one simple pair.

It does everything but windows.

My husband needs reading glasses and has dozens planted all over the house, but whenever he's searching for a pair, they’ve suddenly disappeared.

So if he has only one, and if he can keep them on while taking a nap…

And who is the man who invented this wonder, who also created one of first word processing programs?   Steven Kurtin, a Californian, began to think about the eyes in 1990 and kept devising new creations until he mimicked the way the human eye stretches and contracts to adjust its focus and view.

Besides the convenience of owning one pair of glasses, the money this invention would save in additional lenses could buy a shelf full of purses over a lifetime.  (My imagined statistics)  And think about the amount of space saved in women’s handbags and the time needed to fiddle through to the bottom to find those damn spectacles.

Superfocus? Oh I get it. They must mean concentrating for more than a few seconds on something other than twitter or a comment on facebook.  Sounds deep and intricate.

Hey, but that’s another blog.
Posted by terry neuman at 8:48 AM No comments:

What the Republicans Know and Other Stuff... 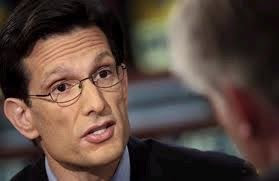 Yesterday I was invited to see the House Whip--that's the second in power in the House of Representatives--Eric Cantor, a Republican from Virginia.

He's a nice looking guy, short, with an easy smile who lives in Richmond and flew into Orlando to speak to an affluent group, mostly doctors, furious and frustrated at Obama’s health care bill.  (I don't know how I got an invitation).
But these professionals were certain that their rights were lost, careers compromised, and future incomes diminished.


Rep. Cantor, seemingly honest and bright, was more than happy to entertain the crowd.  He said that  the health care bill will bankrupt this country and that every citizen should be able to choose their own medical professionals and health care plans.

The audience cheered and applauded wildly.

I applauded too...while I wondered.   Of course everyone should make their own choices, but did that also include the poor, the unemployed, and those who have been rejected for coverage due to pre-existing conditions?

Because ya know, the stuff Cantor suggested is the system we’ve always had, and millions have gone without insurance, or very limited coverage, which meant the public has been footing numbers with lots of zeroes to pay for Medicaid and other emergency medical expenses.

So I was waiting for Cantor’s alternative plan, some sensible solution that could counter Obama's unworkable bill and set this country straight.

But after the applause, I heard NOTHING.  Not another word about it.   I guess the cheers were enough.

'Course I wondered again if Obama's health care law or a version of it will work.   It hasn't even been set in motion.

Others asked questions, and though I wanted to, I didn’t get a chance to ask any of mine. I was going to say. “What are you going to do about those Tea Party nuts, splintering the party, going off half-assed without background, experience, or statistics to back up their views?

And these crackpots are getting dangerous.  When a long time moderate like John McCain, whom I used to trust, starts jumping through Sarah Palin’s hoops to get re-elected, I wonder what’s happened to everybody’s heads.

Looks like Humpty Dumpty fell, and nobody picking up the pieces.  They’re just sloshing through the jagged assortment, maybe studying an odd edge or two, without offering any valuable ideas.

I hope Jon Stewart’s and Stephen Colbert’s call for a million man group of moderates coming together on the Washington Mall October 30th will perk up the thinking man’s brain.

It shouldn't be that difficult.  Sarah Palin's was born without one.
********
But ah, on another note.  After 410 days in captivity, I'd like to welcome Sarah Shourd home from Iran.  I hope your fiancé and other friend also make it out, but I got a question to ask. There are hundreds of thousands of places to visit on earth, so why go hiking between Iran and Iraq?
Couldn’t come up with an alternative scenic route?

Until next week, take care.
Posted by terry neuman at 2:12 PM No comments:

Terry Jones: How Come We Didn't Kill this Nut Job 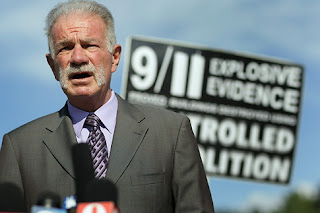 Every evening this week I’ve turned on the news and listened to this wacko declaring that he’s going to burn the Koran tomorrow, on the ninth anniversary of 9-11.

And every station’s given him the air time to spout his garbage and get Osama and his followers a chance to rile up and rally more suicide bombers and probably millions in donations.

This worked out better for bin Laden than blowing up an entire city.

And no officer of the court has issued an arrest warrant to pull this Terry Jones off the streets and into solitary confinement.

But he did break the law.

But we allowed this Jones guy, this piece of human garbage, to do just that--to create a worldwide media circus—with General Petraeus, Secretary of Defense, Robert Gates, and even the President warning that innocents would die.

So why didn’t we muzzle the creep before he got the word out, before the rioting began that placed our own men and women in danger?  Wasn't there anyone around who could superglue his jaws together?

President Obama confirmed yesterday morning that tremendous damage has already occurred because of the man's statements.

As of today, whether Jones burns the Koran or not, is beside the point.  His words are already causing havoc abroad and could instigate another war.

Someone should’ve hung Jones last Monday—yes Labor Day would’ve been appropriate, do a little work and save the planet.

Instead, this utter failure in life--a failure who had 50 followers at the beginning of the week, but only a few today, has been allowed to use the power of the media to yell fire in a crowded theater.  He knew that the enemy would use his words as propanganda against us, endangering our troops and many loyal but beleaguered Muslims caught in the uproar.

My God, and the man's still talking!
Where's the Klan when you need them?

Cemeteries Throw Parties to Die For 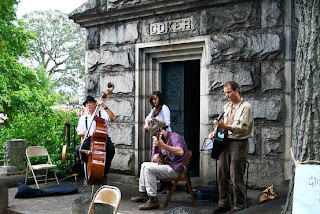 They’re all just another evening at the local cemetery.  In a move that has drawn sharp criticism, cemeteries all over the country are marketing new business by inviting the community to enjoy the surroundings and have a good time. “It gets [the people] into the cemetery but not in a scary way,” says William F. Griswold, Jr. superintendent of Cedar Hill Cemetery in Hartford, Conn.
According to the Wall Street Journal, Fairmount Cemetery in Denver had a night of big band music, Davis Cemetery in California planned poetry workshops, bird walks, and art shows.  Wyulka Cemetery in Nebraska schedules an annual Shakespeare festival and rents a quaint chapel for weddings. 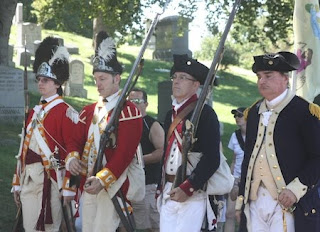 And Green-Wood Cemetery in Brooklyn reenacts the Battle of Brooklyn every year.

One cemetery in Michigan has long invited disabled children to fish, but today the stakes are even higher.

Because more and more people are opting for cremation, the cemeteries are losing out and trying hard to regain lost ground.  (Sorry for the pun).

This year Evergreen Memorial in Riverside, Calif. hosted its first fair with clowns and music.

Of course, not all festivities work out.  A recent sock hop in Denver bombed--not because it wasn't well planned but because the regulars were elderly and couldn’t dance very much.

But morticians are unstoppable.  Armed with the motto: “Meet us before you need us,” the programs are gaining popularity.

Of course there are a few distractors.

“These are sacred grounds—they’re consecrated,” says Rob Visconte with the Catholic Cemetery Association, while cemetery directors, who have brought entertainment to their areas, say they’ve only received a few complaints.

And why should regular folk put up a fuss?  Who can argue against having fun?
It not only gives people a chance to have a good time, but it also offers those long term residents resting underneath a change of scenery, a little action.   Put some life back into the dead, if you will.

Hey, my father loved big band music and would've loved a live performance of “In the Mood” like they'd performed at the Fairmount Cemetery in Denver.

And clowns always made my mother laugh.

And who can pass up fishing and fairs?

“People tend to go to places they’re familiar with,” says Ken Katuin, an entrepreneur. “That’s why McDonald’s has Happy Meals.  You start out there as a kid, you have a happy memory of the place, and you keep coming back.”  Mr. Katuin looked at the other couples strolling through the graveyard. “Maybe this….is their Happy Meal.”

So take a bite and join the fun.

P.S.  Have a great holiday weekend, and if anyone has suggestions for future blogs, please let me know.  I'd love to do them!
Posted by terry neuman at 1:24 PM No comments: