Looking for Roman ruins, ancient palaces, and endless white houses with orange tiled roofs where everyone seems to make his own wine?

Then skip on over to the old Yugoslavia.  It sits on the Adriatic Sea right across from Italy.   Today it's called Croatia.

It's medieval, mysterious, classic, yet modern. The cobblestone streets winding between the Roman walls and the Venetian palaces lead you into nooks of boutiques, cellphone stores, handcrafted jewelry, T-shirts, and Italian shoes

Dubrovnik by dark looks like a fairytale. The city’s made of limestone, but smoothed over by centuries of constant pounding, the stone’s got the feel and texture of marble.

And then there’s Split.

Never heard of it?

They got this palace facing the harbor that seems to stretch about a mile.  It was constructed in the 7th century by pagan emperor Diocletian. I never heard of him either, but the man was Roman, who made a lot of enemies in Italy, so he escaped to his birthplace of Croatia to get free of the past.

﻿﻿
﻿﻿ And he came to build this enormous palace and retire in peace, but guess what?    He didn’t find much peace at all.  It was the end of the Roman Empire and people were converting to Catholicism. Diocletian worshipped the Roman gods and hated the Catholics.   When he learned that his wife and daughter had converted, he ordered them killed.

The soldiers carried out his order, but soon after they were gone, he missed them and regretted his decision.  Duh.

Too bad there was no Oprah to plead his case and purge his emotions so ended up killing himself.

Still Split ended up quite nicely.

The city inherited this fabulous decrepit palace lined with stores behind this wonderful promenade sitting in front of this magnificent harbor.   Behind the palace are the colorful hills of the city.

And tons of young people and new life are moving in from everywhere.

The day we arrived the entire town was celebrating.

Turns out Split’s soccer club was a hundred years old, and everyone was in on the party.   Us too.  Huge video screens were set up in the promenade in front of the palace so people could watch the game.   We cheered.   They lost.

Still it was a success, by American standards and Roman too.

No pagans were fed to the lions, and everyone slept soundly that night.
Posted by terry neuman at 9:49 AM No comments:

Flushing with Your Foot 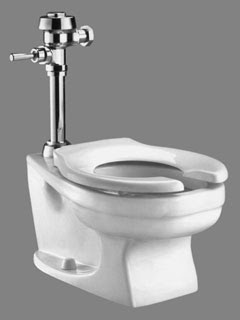 I arrived at my book club ten minutes late and noticed the ladies were unusually quiet, which is rarely the case.  Uh-oh.   Something was wrong.

Olivia (not her real name) was holding an ice bag to the side of her knee.  She hurt herself in the leg again?  She’s had nothing but problems with her lower extremities, like major breakage in three places after falling downstairs and then a terrible car accident a few years later.

Of course I asked what happened.

“I was flushing the toilet with my foot when I slipped, hit my knee, and fell on my back.”

“Flushing with your foot?” I never heard of that before. I think I must’ve looked at her like she’d just landed on the first plane out of Egypt.  “Has anyone else ever done this?” I asked.
More than half raised their hands.

“Why don’t you just take an extra piece of toilet paper and hold it while you’re flushing?” I asked. “Or like me, flush and then wash your hands with soap and water.”

‘Course, I wasn’t expecting any.   The damage was already done, and fortunately, this was the good leg, not the one that had been traumatized twice.

Which got me to thinking. I don’t know why, but it did.  What do other people think?

When I got home, I looked online and found that more than a few had fallen, and some manufacturers have designed foot flushers that are considered highly sanitary.  But researching further, I found that many people were furious when learning that others used their filthy shoes to flush regular toilet handles.

Why? Because it AIN’T clean.

Where’s that shoe been, Lady, dragging caked-on mud, diseased gum, or even dog shit. Would you like to be the next victim using that booth?

Not only did I feel healthy but got in the mood to blow out candles for the rest of the day.
So what do you think?  Let me know.
Posted by terry neuman at 6:08 PM No comments: