“Your butt looks huge since you gained 20 pounds.”
“Thanks,” I answer tartly, feeling my cheeks heating up like someone set a fiery poker under my neck.  I step off the bathroom scale feeling lower than low, knowing that the scale has WiFi and not only retorts, but will tweet the message to all of my friends.

Have you heard about talking appliances?

My LG washing machine sends descriptive text messages.  “R U trying to send me through the wringer?” it asks.   And then there’s the oven that emails recipes and even tells me how to cook.
Hey wait.  That’s a good one.  In fact, it’s my dream come true.

Everyone knows I can’t fold anything into a recipe because I have no idea what folding is, and by the way, what’s a reduction? Reduce what?  For what reason?  When I go to a restaurant, I want more, not less.

But life has spun an entire one-eighty because now I got all kinds of smart machines.   I can stand in the middle of my kitchen brimming with confidence since my oven’s passed its SATs.  It talks!  It reads!

Yet no appliance can top the LG ThinQ smart refrigerator.
“I smell awful.  Would you clean my crisper and wipe me down ASAP?”   Who can refuse?  It also makes shopping lists a thing of the past.  A camera inside pans around the shelves and sends pictures to my cell phone.  And if that’s not enough, another camera scans every barcode of every product reminding me when the expiration date is drawing near.   I can’t even keep mustard on my door for its usual five year stay.
But it certainly keeps me true to my diet.  “Put the chocolate down!  That’s enough for today!”
Damn, can’t even steal a little square—like Big Brother's arrived, and he’s watching me.
I finally slam the fridge shut, pull the broccoli casserole from the oven, and set it on a trivet.  But this trivet makes a statement.  Ernesto Arroyo, a PhD candidate at MIT and part of the “counter intelligence" project invented an oven mitt that understands the differences between hot and cold.  Called the Talking Trivet, the mitt senses when the food and the container are at a proper heat.   If a casserole’s been sitting for over a half hour, the trivet tells me that the food needs reheating.  And if something measures 600 degrees, it screams, “Fire!”
Wow!  Great timing, I think.  Still I miss the good old days.

When I used to be home, I felt a sense of peace and comfort, but lately I’m competing with a crowd.  “Like I don’t talk enough?” I ask the ceiling.

Those Heels are Meant for Hopping 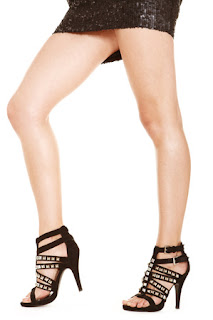 Still working out in sneakers and scurrying onto the floor?  Come on, that’s so 2012.  High heels are booming, and the shoes are getting taller, thinner, and scarier.  It’s time you changed and learn how to strut your strutters.

Besides it’s sexy.  In the journal of Evolution and Behavior, a study found that women who wear high heels are perceived as more feminine than woman who wore flatter shoes.
Okay, I believe that men like women a little off balance, but in the meantime do we have to break our necks?

Maybe, unless you take one of the state-of-the-art classes—to strengthen your feet and tone up your calves.  You see, remaining upright doesn't come easy.

Yet women are tossing off their Nikes and slipping into something drastic, like three or four inch heels, before stretching their legs and kicking up a storm.   According to Kamilah Barrett, who teaches a heel hop workout in Beverly Hills, there’s a need to target the muscles that support a “relaxed” stance and fluid movement in high heels.
Her students squeeze into their tallest shoes, then "teeter back on their feet," she says.   Oy.

But to many women, high heels are a natural.  They’ve been
dancing in them for years and love the feeling of height.   Of course, most experts agree that one cannot remain in heels for extended periods without risk of injury.
Emily Spilchal, a New York podiatrist and high heel enthusiast, created a program called “Catwalk Confidence.”  She describes her class as “vertical Pilates,” but is adamant that her classes must be taught in bare feet.

That's what Sarah Jessica Parker chooses.  This week the actress announced that they've injured her feet, and she’s switching to flats for the rest of her life.

Her whole life?  Congratulations girl, but I’m not as brave as you.

It’s not because I worry about my showbiz career.  No, I’m frantic about the dumpy factor—looking shrimpy, disgustingly short, more grounded than a fat furry groundhog.

And face it, heels have been around forever.   Over a millennium ago, Chinese women, in an attempt to land a husband, had their feet pressed and bound to fit into three-inch long slippers.  That sounds worse than being stranded in a desert wearing five-inch stilettos.  Kill me now, Lord, because I ain’t walking back.

Posted by terry neuman at 6:39 PM No comments:

Bring on the Boredom--No Ho Hum About It 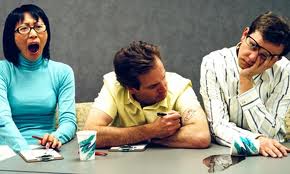 The art of boring other people is now the subject of fascinating studies, and a bunch of psychologists from all over the world are watching its cause and effects.  Are they kidding?  Hardly.  According to an article by Rachel Emma Silverman from The Wall Street Journal, boredom is particularly hot in Canada.

Dr. John Eastwood, a Canadian psychology professor and one of the top researchers in this flourishing field, presents his students with videos of dry instructions in an effort to produce boredom.

Because psychologists discovered that boredom produces serious health consequences, like depression, overeating, substance abuse, gambling, even heart attacks.  In short, it can kill us.  Who knew?

So what are these scientists trying to do?  They're trying to simulate extremely dull conditions and then measure what it does to the body and mind.   But becoming bored has its problems too.   Scientists say it’s difficult to find something that’s truly dull to everyone.

Some techniques are tried and true, like tracing circles over and over or counting the appearance of a certain letter in long treatises.  One group of subjects saw a man mowing a lawn and laughed, and one researcher had so many problems finding boring scenes that she finally took her own video of people hanging laundry. 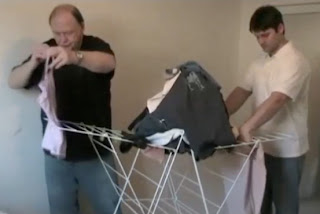 For heaven sake, haven’t any of them sat in the college classroom of a droning professor where they thought they’d die if they didn’t make it out the door?

People laugh when they hear about boredom, but the topic's so popular that this past November London held its third annual “Boring Conference” to a sold-out crowd of 500 enthusiasts.

Dr. Eastwood found that bored people usually blame their environment and not themselves.  It’s “the task that’s boring” or “there is nothing to do.”  Don’t people ever realize that they were born dull because their parents could put an entire audience of Psycho lovers to sleep?   And that’s after Janet Leigh stepped into the shower.

So how do we relieve this thing that can eventually cause us harm?
Connecting with other people is a positive move, finding something important in the task that you're doing, or taking a walk might help.
Well I guess I’d better finish this blog because (Big yawn. I stand up and stretch).  Maybe I’d better run around the block but not before I call London and tell them I’m coming to their next boring conference.   What could be better than that?

Posted by terry neuman at 6:53 PM No comments: