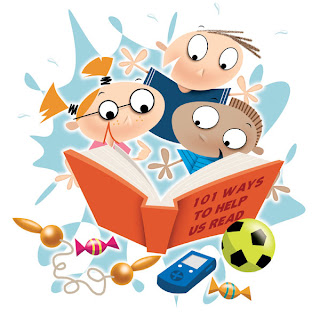 January 24th through 28th is Literacy Week in Florida.

Ordinarily I wouldn’t pay attention, but there was a paragraph in the paper about needing volunteers to visit area preschools and read to the kids during this event.

Well I adore children and love reading so I couldn't resist.  Naturally, all the schools within a ten mile radious were taken, but feeling brave with my updated GPS, I refused directions and said I'd get there.

And I did--after my coveted machine dropped me off at a corner in front of three churches miles away from any known landmark, and I ended up calling the school and writing down the streets.  But I got there and found thirty beautiful three and four year olds sitting in a half circle waiting for me.

The school system had supplied the book along with a little bag of supplies that included a twelve inch coconut tree and a bunch of Velcro letters that I was supposed to stick against the trunk.  One of the teachers helped me while the kids politely waited on the floor. 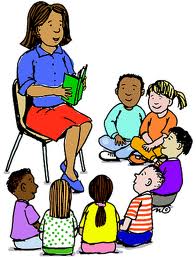 The story was about each of the letters running to the branches and making the tree so heavy that it fell to the ground.  Got the plot?

It took a few minutes to finish attaching the letters, and while we were doing it, one little girl raises her hand and says, “I like your shoes.”

I smiled and said thank you.

Then another girl said, “I like your shoes.”  I thanked her too.

A boy raised his hand and said he also liked them, then another girl.

Pursing my lips to keep from laughing, I carried the tree to the front and sat on one of the children’s chairs.

I began reading, expecting the children to talk out loud because that’s what kids do.  “The ‘a’ is running to the tree,” one boy said.  “The ‘w's’ falling down.”
I let them say what they wanted, making sure each child saw the picture on the page I was holding.

Another little girl raised her hand.  I said, "Yes?"  She said nothing.  I said, “Yes?" again, and she remained silent, yet leaned urgently forward waving her hand in the air.

I looked at the teacher.  She said, “Ignore it.  She just practices raising her hand.”

Other children began raising their hands too.  No one had anything to say.

At the end I asked the group, what is the first letter of the alphabet?   Nobody knew.  Then I put it another way, “When you say your abc’s, which letter comes first?”

“When you’re first in line, where are you?”

“When you’re in the front of the line, where are you standing?”

Finally, one little girl said, “You’re at the beginning.”

“The beginning,” I repeated, exactly where these children were.

What a long road ahead, I thought, but what an adventure.
Posted by terry neuman at 5:59 PM No comments:

Labels: Reading to the kids 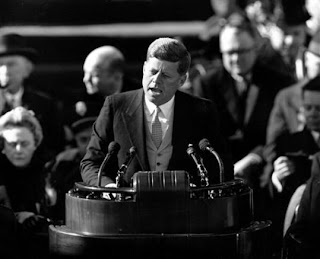 It was fifty years ago this week that John F. Kennedy was inaugurated president.   Millions of people today weren’t alive back then, but believe me, he opened up an exciting new world.
Kennedy was young, rich, smart, witty, and a war hero to boot, and he brought with him a lovely first lady, nothing like the dowdy ones from years past.  Like the handsome prince riding in on a white shining stallion and rescues the princess, this was our hero who would save our delicately beautiful but troubled country.  Out with old man Eisenhower.

Americans had finally elected the first president born in the twentieth century. We felt renewed and energetic.

Kennedy gave us hope, and America couldn’t remember anything like it.


I was just a kid back then, but I remember watching TV and seeing Jack and Jackie marching up Pennsylvania Avenue in that freezing degree weather for the swearing-in ceremony.
His most famous line of course:

It was quoted so frequently, it’s now become a cliché, yet most of us don’t really remember the words, or maybe we no longer care.

People only want what their country can give to them.  So they eat themselves sick until they get diabetes or refuse to save a dime for retirement, expecting social security, which was never supposed to be a means of full support, to cover them completely. 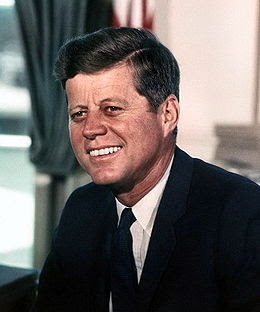 Hey, but this is a good week for warm fuzzy feelings because Kennedy was a positive man, an achiever who strove to keep the cup half filled.

If he were alive today and and saw the tape of that woman walking in the mall while texting fall into the fountain, he’d laugh his head off like the rest of us.  It's just the part about suing that changes things.

Guess she’d rather cause harm to others than accept the blame for something that was entirely her fault.   She wasn't exactly what Kennedy had in mind when he suggested growing a backbone to stand up for one’s country.

Still he was human and like everyone else, enjoyed nothing better than a bolsterous belly laugh.
Posted by terry neuman at 7:42 PM No comments:

Another tragedy, this time in Tucson outside a Safeway supermarket and regular people, some even senior citizens, showed us how to do it.

Kind of goes against everything we learn about our Hollywood superheroes, buffed and ready to play the part. You know the ones that the media parades in front of us daily in our celebrity driven culture.  Can't be the plain looking folks.  Got to be the pretty ones.

﻿﻿
Gabrielle Giffords’ intern, Daniel Hernandez, who stopped the flow of blood from her gunshot wound, claimed he wasn’t a hero.  And Patricia Maisch, who wrestled the killer for the magazine holding the extra ammunition, pooh poohed the attention showered upon her.

Real people are often modest, yet unlike the movie stars, who talk about whoring around and drug rehab, they’re the ones with the stories to tell.  Ironically, the masses ogle the famous, carefully studying their every move.  And when the rich ones stumble, as they often do, the regular folks inhale a long breath, and as if dealing with a problem child, patiently lift the famous onto their shoulders.  Again and again and again.

But we can't let the talented ones fall.  Brett Favre?  Lindsay Lohan?  Athletes and Hollywood's shiniest are too gifted, too special, not to coddle.  Or that's what we believe.

So when Britney Spears recorded her new song, "Infectious," this week after an extended hiatus due to her many personal crises, it climbed to number one in just a few minutes.  Had to be a masterpiece, I thought, and those others  singers working for years on their tunes were non deserving scumbags.

Just like those folks in Tucson, who probably saved many lives by tackling the gunman and disarming him.  Their names will fade in a week or two.  Merely a blip on the radar screen.

If you ask me, they’re lucky to get their fifteen minutes of fame, and we’re lucky to get back to our manufactured gods and goddesses with all those gorgeous faces.
Posted by terry neuman at 9:58 AM No comments:

Labels: Ordinary heroes and B Spears

A Tale of Two Dogs and One Nosy Neighbor

﻿
﻿Most of the time I mind my own business—okay I don’t—but I try not to get involved as a matter of course.  It’s just when I see something wrong, I turn away like everyone else.

That’s what you’re supposed to do.  That’s what Americans have been doing for years.

But then I turn back.

Damn but my conscience keeps driving me nuts, yelling what a lousy person I am.

So when I witness an accident, I stop and give my name.  Always. Without fail.

Like the night years ago when I was running to finish my errands because I was seeing Neil Diamond that evening.  I had to pick up my daughter from piano, then give the kids dinner when I saw this guy in a white Ford pickup hit this woman in a green Chevy Malibu.

Well, I wasn't stopping tonight, I thought.  It was just a fender-bender, and I couldn't be late for Neil.

Damn!  How could I leave the scene of an accident?

I braked the car and hurriedly jotted my name, telling the lady I couldn’t stay for the cops because I was rushing my aunt to the emergency room. (Sounded more important than racing to a rock concert).
She was grateful, and I felt better, even if I lied.

My neighbor Rosanne has this half-trained mutt named Baxter.   He’s about medium size and blonde with touches of brown.  Only a few of us still love him around here because when Baxter gets out, he NEVER comes when you call.  I mean NEVER.  And he gets into everything.

That’s why this story’s so weird.

A few days ago I drove into my garage.  Stepping from my car, I looked across the street and saw Baxter standing outside alone.   Damn, he got out again!   But today he looked bigger, blonder.

I yelled, “Baxter!” He flinched.  It was him!  I called again, and he shockingly scampered right to my side.  He never did that before.  Certainly was tall, I thought, but I’ve been traveling for weeks and hadn’t been with him.  Grabbing his collar, I pulled him into the house.

Great, he was safe, but what was I going to do?  My kitchen doors don’t close, and my house is filled with very crushable crystal.  I picked up the phone and called Rosanne, who works at an office nearby.

“Well this is a mystery,” she said.

I snickered.  Baxter was always getting out. The whole neighborhood knew he was wild.

“Well I don’t have a leash,” I said, “but I have the key to your house.  I’ll go get your leash, then come back and walk him home.”

Nervous about leaving him in my house, I trotted three doors down and opened her door.   Baxter greeted me.

“Baxter?” I slammed the door shut.  Damn, he was small!  Then who was the dog in my house?

I darted back like they were timing me for the Olympics.  Opening the front door, the dog slipped past me, and I happily let him go.  Panting, I called Rosanne.  She laughed out loud.

“Do you know who that dog was?” she asked, still howling. “I bet it’s Sandy, the Wohlwender's golden retriever."  (Another neighbor on the street).

“All the dogs know his name.”

Mistaken identity, I thought, though the two barely resembled each other.  The only things they shared were the same trees that they dutifully marked and the same dummy neighbor who needed to mind her own business and let life take care of itself.
Posted by terry neuman at 12:11 PM No comments: